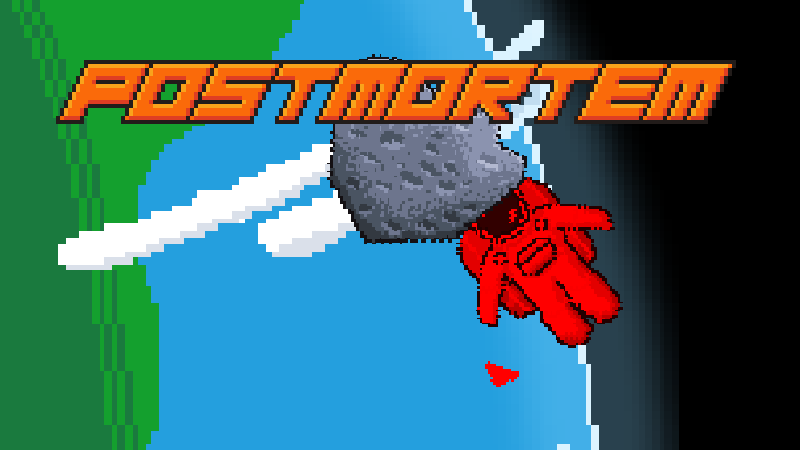 After my first game jam I think it is important to do a postmortem to review what went well and what went wrong, or at least caused some bumps in the road. I've separated this post into sections so that I can focus on each aspect of the game and game development process individually.

The theme for the game jam was announced Saturday, September 18th. I was with friends at the time celebrating my recent birthday. I read the theme "NO GRAVITY" and was quite disappointed because I was hoping for a theme that I voted for but I still committed to the game jam and had to think of something before Monday approached, since it would be closed on Saturday ( Today ).

I think I had a lot of trouble thinking of a game idea because I wanted the game to be unique. This was a mistake that I've learned not to make. It seems easy to think of new features and new mechanics to a game after it is already in development than before one line of code is even written. I think I've learned this from this experience and will take a better approach next time: The idea can be "basic" boring and simple, I can always think of more features later as it is never hard to do so. ( Even non-developers can easily think of missing features and cool ideas after the game development process is in motion - just look at the comments of SPACE JUNK )

Planning for the game went much smoother than getting started, as I think I am pretty adept at scheduling and time estimation. I did have to find time between classes and TAing and my other projects to fit this in a week. It was difficult but I managed.

In retrospect the art took up the most time in the development cycle but it was also the most fun. I had a great time polishing up random rocks and applying my pixel art skills to the project. I made all the art including the large colored block font ( was a pain but worth it). 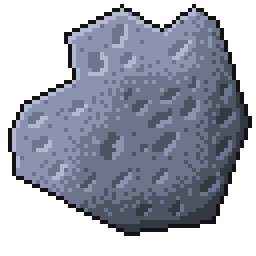 I really enjoyed making the art in my room listening to music and casually making these sprites. I hope the players enjoyed it too!

The game mechanics were pretty simple. Each object in the game had the same movement: float through space and collide with other objects. If the player hits one of these objects its game over.

A design decision that I made was not to use Box2d for these mechanics and object motion, a commonly used library for physics simulation. It is quite useful in libGDX and is quite powerful. I decided not to use it because it was too bulky for this small game. I also had issues deploying to HTML and adding Box2D to that process would have made it worse.  So instead I implemented the object physics manually. The objects use Polygons as hitboxes and I caculate their momentum when they collide with one another and change velocities accordingly. It took a good chunk of time but was worth the effort. I am happy with the semi-realistic collisions. 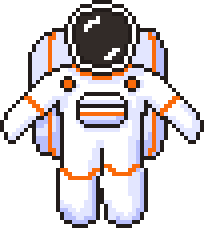 The other mechanics in the game such as the astronauts player guided movement was a design decision that makes the game in my opinion unique. I wanted to user to only need to use one button ( tapping or clicking ). But I didn't want it to be easy. So making the player think about their taps and keep track of the objects and the arrow around the astronaut fulfilled my craving for some uniqueness and difficulty. This was fairly easy to implement since libGDX has great mouse and keyboard input support.

Deploying to HTML and itch.io was a great learning experience. Porting to HTML was a bit tricky sometimes as I ran into some issues with libGDX, Gradle, and GWT many times. But once I identified the problem that kept reappearing and knew how to fix it the process was much smoother.

I also learned a lot about itch.io and their tool Butler to deploy HTML games. It was straightforward and easy. I'm glad I learned it now so I can use it for Computer Combat, a bigger game I am in the process of making. 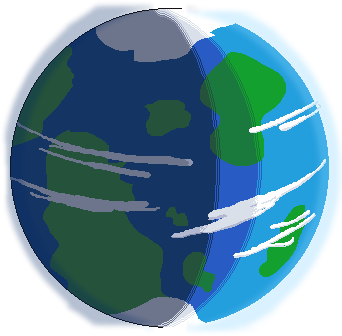 I am glad I signed up in this game jam, committed, and delivered. I wanted to practice deploying games and the development cycle since I had a long break of it over the summer. I think because of this game jam I am more confident and motivated for my current projects and the future!

Thanks for reading and playing my games!